By now, I assume people know Cimory. After expanding its Puncak branch, Cimory moves to open another one in Central Java, on the mountainous region of Bawen. 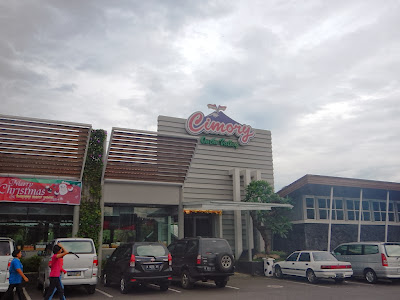 Where exactly is Bawen? It’s between Semarang and Salatiga, somewhere near Ungaran. In the near future, when the toll road is open, Cimory will be easier to find. In the meantime, from Semarang, you can just go on the toll road, exit Ungaran and go towards Salatiga. You won’t miss Cimory.

Located right in the heart of Solo, Solo Paragon is one modern apartment-turned hotel in town. It’s easy to find, you just have to find the tallest building there. 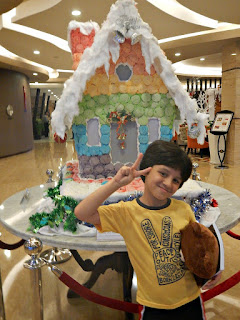 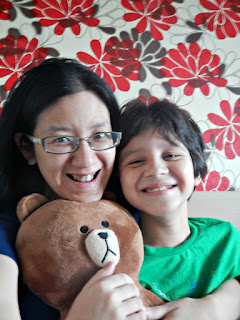 Our Story:
We're tavelling with family of an odd number of 6. So, we're looking for an apartment-type of hotel. That's how we found this "Executive Suite" of Solo Paragon.There’s no lounge whatsoever (we asked upon booking), so staying in a suite means you just get a larger room plus a living room large enough for family gathering. Well, the hotel is more like a service residence afterall. One downside is breakfast not included (it’s Rp. 60k/person if you want to have breakfast). But hey, you’re in Solo, there are plenty of nasi liwet around. Just go down the hotel, walk around and you’ll find many street vendors ready to sell breakfast.
More Adventure »
at 12:35 AM No comments:

Finding cheap good hotels in Jogja isn’t that easy nowadays. So with the prices offered for a place to stay, Tentrem Hotel is one of those you’d pay and be satisfied with what you get in return. 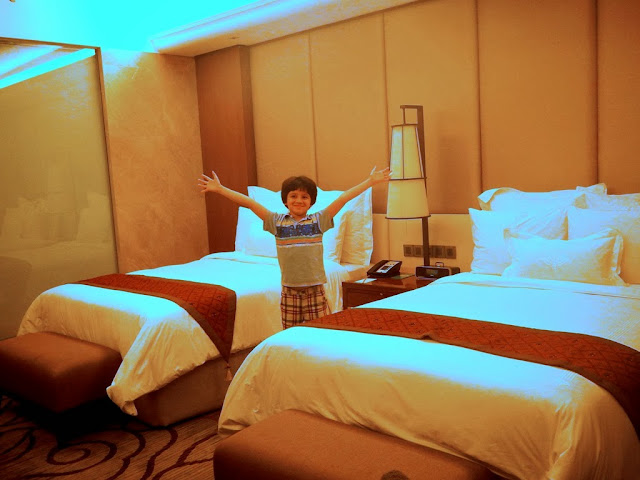 Our Story:
We booked online and checked in quite late that day. In minutes we’re able to get a room in 2nd floor. The lobby is huge, and for us, it was quite a surprise to find a hotel in the middle of the city of Jogja with a lobby this big. Parking is an easy matter too. Our first impression of the hotel is: “Look, Mom! The elevator has a chair to sit on.” We never get to sit that long cos we’re staying on the 2nd floor. Too bad.

The room is comfortable and spacious. Our view may not be the best (the hotel is building a grand ballroom next door). But Andrew enjoyed the hotel too much that he (for the first time) could only fall asleep on midnight. He set the alarm for 7 the following morning and woke up happy. He loves the breakfast and plays in the playground (it’s raining so we skip the pool) for hours. I ask him what he loves the most about Tentrem, here’s what he has to say: “There are a lot of things to play in the hotel, there’s a table soccer game by the pool and the playground is awesome. The bed is really cool and I love having alarm clock next to my bed.”

Honestly, other than my brother's complaining that this hotel could use a slightly smoother check-in process, and that it only has instant ginger coffee packets in the room, I have nothing to complain about our stay.

Make The Most of Your Visit: