It’s another day at Singapore immigration. A Sunday afternoon, when we line up with a bunch of other people, catching a flight out. My cousins, one of them is Andrew’s favorite uncle, dropped us off a few minutes earlier. We haven’t passed the border when Andrew asked: “when are we going back to Singapore?”

“Soon,” I replied. “When ArtScience Museum changes it exhibition.” Which by the time I wrote this entry, Big Bang Data had wrapped up and supposedly continues its journey somewhere else. So, it’s time for us to plan another Singapore trip. 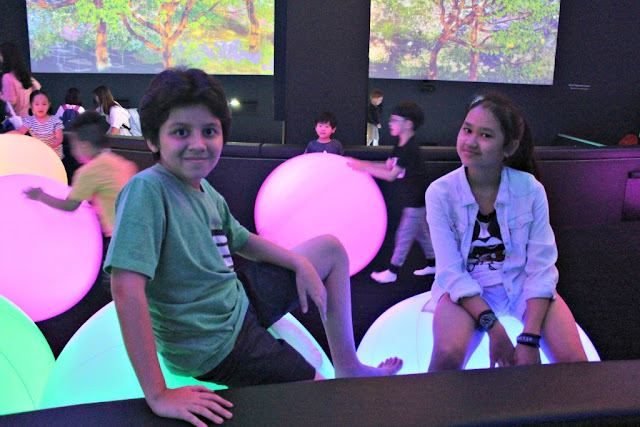 The hand-shaped museum at one corner of Marina Bay Sands is the newest addition to our favorite dating place in Singapore. Its changing exhibitions, touch-and-feel as well as interactive sections always keep the children busy. It’s a museum alright, but a family friendly one. Something we’re always longing for on our weekend dates. Anyway, we arrived at theArtScience Museum on Friday noon, me and two tweens (Andrew and my cousin Audrey).

First we have to line up and it took us about 15 minutes to reach purchase the tickets. Ticket counter is now located at the basement (which is where Big Bang Data and The Future World also located) and the lobby has transformed into an exciting-looking café we would try next time. I paid my tickets and the kids got in for free. It’s Family Friday at the museum, where up to 4 children younger than 12 can enter for free with a paying adult. So it’s a real bargain when you pay SGD 30 for 3 people (kids ticket alone costs about SGD 19 each) to explore all three exhibitions in the museum.

The Future World is recommended by many, but the lady at the ticket counter said that the exhibition is timed and the next admission would be at 1PM. We’re roughly 50 minutes away, so we decided to turn left from the elevator and entered Big Bang Data.

I remember playing video games with my siblings when I was young. It always started with pushing the start button. You pushed it when you're ready to start playing.

My game doesn't have a start button. It just played and I had to "survive" the levels. Ready or not, the game is on. Although for those who knew me and Dudu, the word "survive" is an extreme exaggeration. And as you read this blog, you probably realize that too. The only thing we have to survive is a school subject called mathematics haha.

Our adventure game has only two players: Mama and Dudu. Just like Mario and Luigi, Sonic and Tails, Donkey Kong and Diddy, Zombie and ... Kpop? Oh well. We went through hills and mountain, through jungle and collecting coins as we stroll along. That's why it was a date, and has always been a date until today. I blogged for the sake of keeping track and updating people about our life, especially those who happen to be far away. Entering the 10th year, I realize that our dates need a blog of its own.

I love going places and my parents are probably aware that their only daughter prefers to be on the road than home. I would jump on the first plane that took me anywhere. Planes, unfortunately it's not trains or buses or cars. My son, on the other hand, is a real homeboy. Despite being so kind-hearted to follow his Mama around, he would prefer staying home, watching DVD or playing video games. We found peace somewhere in the middle and this blog is the witness.

Dudu was born in the United States of America, in a small town called Columbia. He moved to Indonesia when he was a toddler and settled down in suburban South Jakarta. When he started school, we moved north of the city center and started a new life in a high-rise building. Since then Dudu had his own 5-star-rating for hotels we stayed in, which include the panoramic view from the window.

Bonus star if the room has connecting door, if we're travelling with other family members or friends.

Oh, we have a 'third wheel' tagging along sometimes. The 30-year old teddy bear, mistakenly being called "Panda" who loves to play tennis and staying away from sunshine so he's not tan. See, we don't mind company. Panda just started his own instagram account. so please check it out.

Unlike my own adventure, this blog has a start button. I bought the domain when I'm ready and pretty much determined to consistently post on my blog. We already passed 10 levels without losing much of life, I hope we can pass the rest. So you'll find the old post written (or translated from my other blog) before this so-called "first post of the dotcom." I like to think of it as reminiscing journey back in time, a record of how we passed the previous levels.

So, welcome on board. Don't forget to fasten your seat belt. The flotation devices are under your seat. Hope you enjoy the flight. 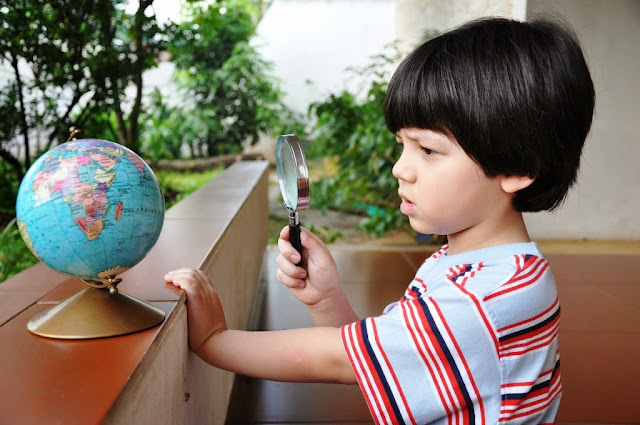 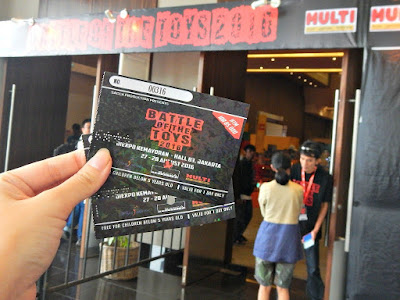 There’s always first time for everything. Been going back and forth to Java several times, this was the first time we flew in to Adi Sumarmo Airport in Solo. My first time to book the hotel through a mobile application as well. It’s Sunan Hotel, Solo. Our first time staying there and it seems like we’re going to return one day. Why? Check out our reasons below. 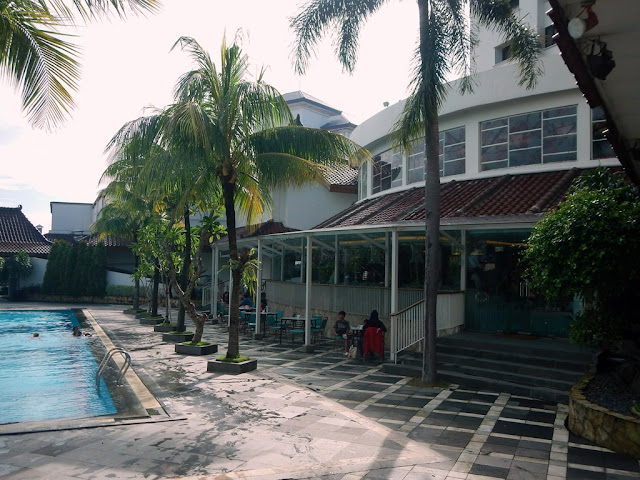 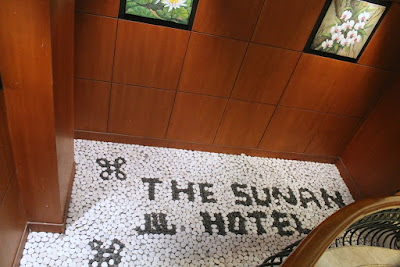 Service and Check-in
We’re in town for a cousin’s wedding. So we flew in on the first flight and arrived at the hotel around 9AM, way before the designated check in time. However, the friendly receptionist at The Sunan Hotel registered us in, so that after we returned from the wedding ceremony at the church we can just ask for the key and entered our room without going through the administration process. I was once told that check-in duration is an important review factor. Well, if that’s true, then this hotel is included on the fast, hassle-free category. I ordered the room through Traveloka, and I don’t print out the confirmation page. The Sunan Hotel Solo is already familiar with the digital world and I only have to mention the name used for booking plus a valid government ID and we’re set for check in in no time.

Arriving at noon, we're welcomed by traffic jam entering the area. So we turned left and parked at the building next door. The walk wasn't too bad although it was quite hot. At Balai Kartini, there was no line to buy tickets and go inside. The on-the-spot tickets were Rp. 40,000 each. We got stamped at the door and the adventure begins. 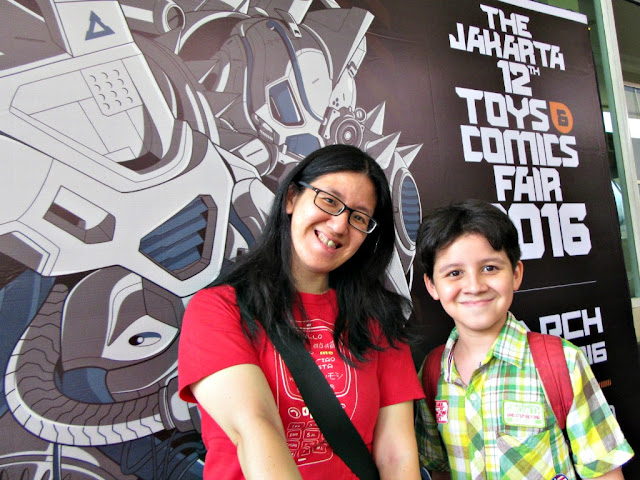 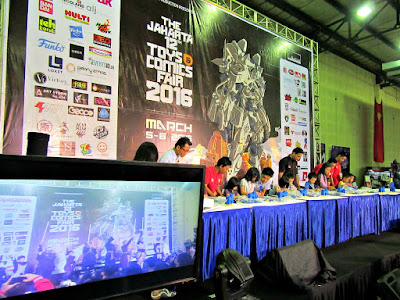 "Let's find map, Mom." What for, I asked. "I want to know which booths sell action figures."

The 16-Hour Train Ride with Gajayana

What would you do if someone offered you a ticket to hop on a 16-hour train ride across the Java island? Well, we took it right away. It was like an impulse buying, but it wasn’t the expensive dress you regret once you’re at home. It was one unforgettable journey. 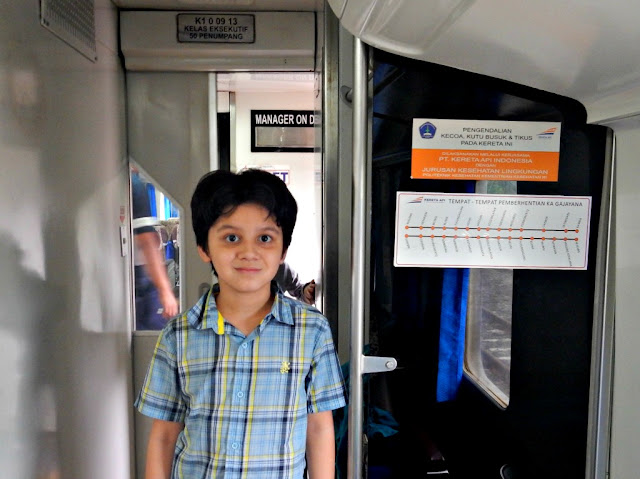 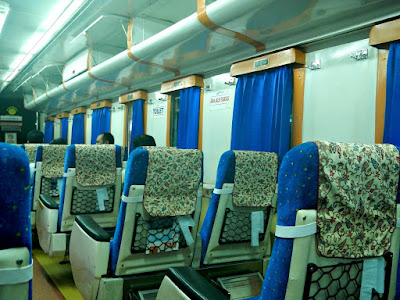 Despite many road trips I have had taken throughout the years, I've only been once on train rides and it was back in middle school. Only a two-hour sleuth to Bandung. So 16 hours sounded like a crazy idea at first. Our fellow travel mate asked “what would the children do during that 16 hours?” Gadgets, believe it or not, have their limits. Books may not hold and train car isn’t a place for hide and seek and other outdoor games. Then comes the other question of dinner and breakfast.

But we departed anyway. So here’s the beginning of our extended weekend journey to Batu, East Java. We took a 5.45 PM Gajayana train ride from Gambir Station, Jakarta. Passing through 16 stations including Cirebon, then moving south through Purwokerto, Jogjakarta, Solo, Madiun and Kediri.

Cocorico: Romantic Dinner with A View

When I asked Andrew what he remembered from Cocorico Cafe Bandung, he immediately answered “The view is awesome and it’s cool even without air conditioner.” I have to agree. 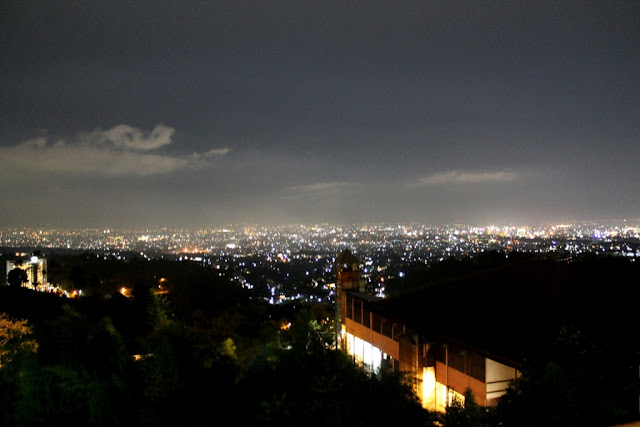 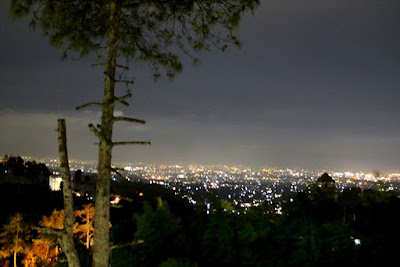 ​Located in Dago, this place is known for the view. It took us around an hour drive from where we stay at Geger Kalong because of the traffic. Well, Bandung isn’t as big as Jakarta, but sometimes traffic is as annoying.The return trip is much faster. Andrew was sleeping in the car when we hike in and it was a little too late for dinner anyway. He grumbled when I woke him up but found himself excited with the cool breeze and eventually the view from the top. Jack Frost can’t resist the cold.